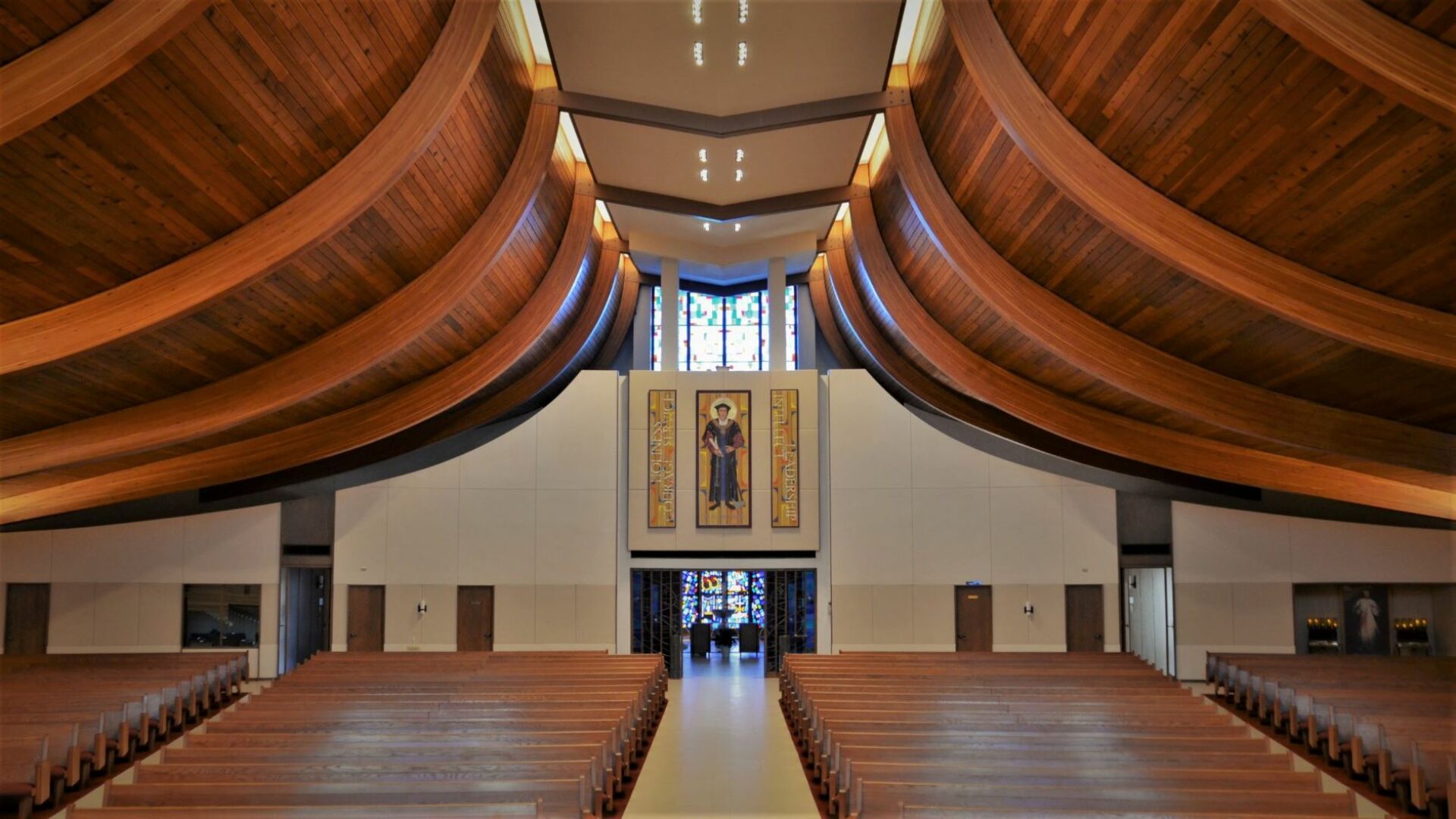 Thomas More was born in London on February 7, 1478, the son of Sir John More, a prominent judge. During his life he gained a reputation as a leading Renaissance humanist, an opponent of the Protestant Reformation, of Martin Luther and of William Tyndale.

As a child, he served as a page in the household of John Morton, Archbishop of Canterbury and lord Chancellor of England. He attended Oxford University and later studied law at Lincoln Inn, one of the Inns of Court.

During this time, he wrote comedies and studied Greek and Latin literature. One of his first works was a translation of a Latin biography of the Italian humanist Pico della Mirandola, published in 1510.

More was elected to Parliament in 1504 at the age of 26. A year later he married Jane Colt and they had four children. When Jane died in 1511, More married a widow named Alice Middleton for the sake of his young children.

With his wit, intelligence and reputation for virtue, More became a popular lawyer and diplomat. In 1510, he began work as a judge, a position that made him well-known as a patron of the poor.

Throughout this time, More was also active in literature. In his book, Utopia, More describes the political workings of the imaginary island of Utopia – a word he created as a pun on the Greek words meaning "no place" and "good place." In Utopia, with communal ownership of land, private property does not exist, men and women are educated alike, and there is almost complete religious toleration.

In 1517, More entered the King's service, earning Henry VIII's friendship and trust as secretary and personal advisor. He became increasingly influential in the government, welcoming foreign diplomats, drafting official documents and serving as a liaison between the king and his Lord Chancellor: Thomas Wolsey, the Cardinal Archbishop of York. More was knighted in 1521.

Recommended by Wolsey, More was elected the Speaker of the House of Commons in 1523. He later served as High Steward for the universities of Oxford and Cambridge. In 1529, More succeeded Wolsey as Lord Chancellor, the first layman to hold the post. On May 16, 1532, the day after Henry VIII manipulated Parliament into taking away the long-standing tradition of freedom of the Church, More resigned as Chancellor.

More strongly disapproved of Henry VIII's divorce from Catherine of Aragon and refused to attend the coronation of Anne Boleyn in 1533. On April 17, 1534, More was imprisoned in the Tower of London for denying that the king was Supreme Head of the Church of England and refusing to take the oath required by the First Succession Act.

During his 15-month imprisonment, More refused the pleas of family and friends to sign the oath. During this time he wrote several devotional works, including A Dialogue of Comfort Against Tribulation, A Treatise on the Passion, and The Sadness of Christ.

More was finally tried and found guilty of treason. He was beheaded on July 6, 1535. More's final words on the scaffold were: "The King's good servant, but God's First."

More was beatified in 1886 and canonized by the Catholic Church as a saint by Pope Pius XI in 1935.